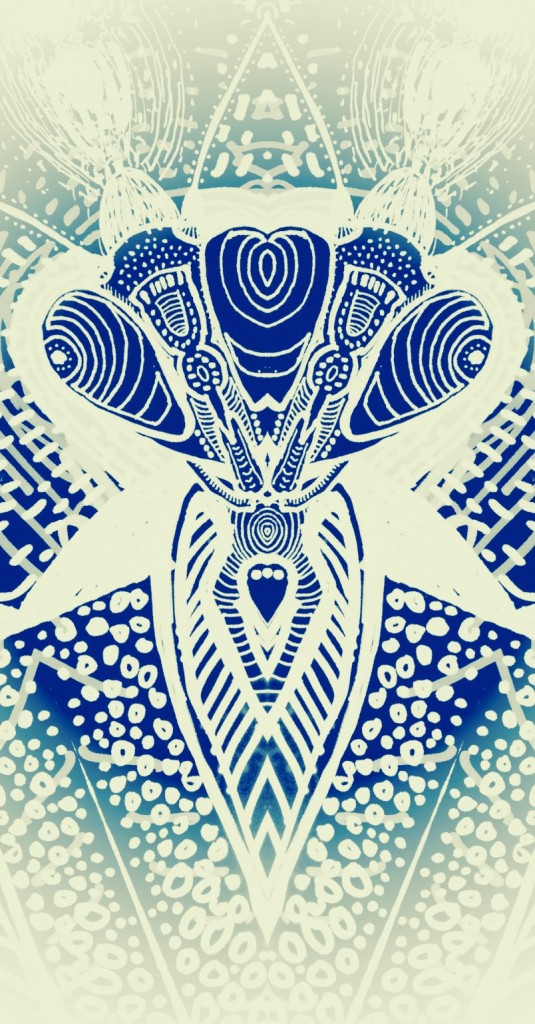 If you are living in a dream state,

Your identity is fixed for specific reasons

And questioning that identity has no purpose

Since to play that game - to fulfill; that story -

Just is to follow those rules, adopt that identity.

But to a being who is awakening,

No question is more exciting than,

By the time the next medicine circle rolled around again in late spring of 2014, I felt ready for it even though I always feel nervous going in. Unlike experiences I’ve had with drugs like LSD, the Ayahuasca experience is never diminished or normalized by one’s familiarity. In fact, in my own experience, the Madrecita spirit becomes ever more powerful the more one learns to open up, to dialogue with this powerful and mysterious teacher. One can never quite anticipate what the experience will bring. As my confidence in the path I was walking developed, I felt emboldened to dive ever deeper into the healing possibilities. Madrecita reciprocated and pulled me ever deeper into the vast strata of my unconscious mind, and the higher realms where other Selves somehow reside.

The first appearance of the mantis had corresponded to my kundalini awakening experience six months earlier, when I had come to understand that this being was helping to facilitate this process. Following that last medicine ceremony in November 2013, I had been given the injunction to continue the process of purification, and specifically, to pursue the study of life force energy. The mantis had basically told me, "If you desire to maintain and cultivate your connection to Spirit, to your higher self, you need to learn how to move your body in harmony with your higher energies." This had led me to study T’ai Chi. Step by step I began to develop a deeper awareness of the subtle energies moving through me all the time, and this helped me to leave the over-intellectualized space of philosophy and to develop a truly felt sense of connection - to something bigger and wiser than me.

I felt like I was beginning to be consciously aware of, and so more in alignment with, some higher form of my own consciousness. More importantly, a general emotional release was occurring which allowed me to open up and give more to relationships in my life. The sacredness of every relationship, every encounter, the importance of honoring this sacred meaning and doing justice to this, to making a connection - this was the path I was on. 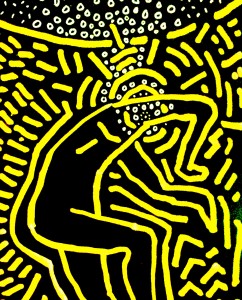 As the first night of ceremony began, I immediately took off, using my new bodily awareness of life energy to accelerate the impact of the medicine. After passing through the typical stages of nausea and purging - the vomiting up of toxic residues and dark energies that is a normal aspect of healing with Ayahuasca - I began to dance. Or rather, someone began to dance me. I was not simply ‘losing myself’ in the dancing, I was being danced. Spinning and twirling like a puppet directed by a loving and masterful puppeteer, I literally felt my arms and legs being moved and guided by someone or something else. I was in bliss and felt like some new form of communication had been established, between me and someone behind the curtain of my unconscious mind.

By the second night, the experience intensified considerably to the point that even walking or standing were difficult. As Kundalini energies began to explode, I sat on my zafu and entered into long bouts of vigorous shaking, moaning, bizarre vocalizations and blissful surrender. The shaman guiding the ceremony had me removed into a smaller room so that I would not disturb the other celebrants. In the privacy and darkness of this small room, I delved even deeper into the experience.

On the third day, alone and broken open by the medicine, I went even deeper. Embracing the nausea that is a key moment in Ayahuasca experience, I descended ever more into unexplored recesses of my unconscious mind. I purged and purged again, vomiting up years of toxic emotions and thoughts, until I uncovered a reservoir of anger I had no idea existed. Out of nowhere, I found myself in a seething rage, shaking and hissing with hatred, as if years of repressed anger were suddenly being released. Its extreme intensity baffled me. Am I being possessed by a malevolent spirit, or is this my own repressed anger? I kept asking myself.

Focusing on the nausea, I turned into the anger and let it erupt and explode outwards, in a display  I had never allowed myself to exhibit. As each new level of emotional and biochemical blockage was expunged, new levels of energy would begin flowing into me. To be released from an emotional burden that you may have ended up carrying for many years more? Now that is a miracle, and it felt like one at the time. At each passing moment, my gratitude only expanded 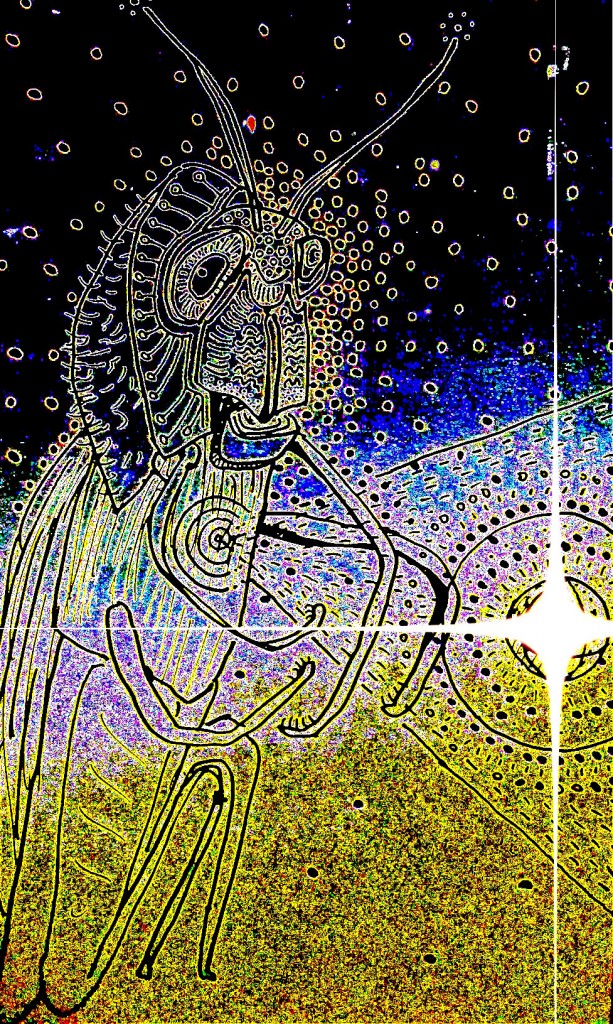 Following this storm of released hatred, I found myself suddenly peaceful and awake, in a new space of indescribable light. Exhausted and elated, I became aware once again of the presence of the mantis being, like a doctor standing beside your hospital bed as you regain consciousness. He was somehow guiding the process, adjusting the intensity, and periodically turning it off, giving me a moment to rest and collect myself.  And I would hear him asking me, ‘Are you sure you want to do through with this?’ In fact, he kept checking in with me, asking me to affirm again and again that I was willing and ready to proceed. And without a moment’s hesitation I would respond, yes! yes! yes! I found it both comforting and fascinating that the mantis was so conscientious about this being a voluntary process.

He went further in explaining the importance of this: ‘If you keep going with this process, you will need to adjust your life to accommodate this new energy level, otherwise it will end up harming you.  Are you sure you are ready to make these changes?’ This process was not only going to change me, it was going to unleash a process that would require me to make other changes in my life. Again and again, I reaffirmed my readiness. I felt no fear, only the deepest gratitude, excitement and the most indescribable ecstasy I had ever known. Step by step I was being taught to surrender, and I needed to keep choosing this surrender.

It was around this time that I was given to understand that the mantis form I had encountered in November was a kind of projection of the being or spirit I was communicating with. Why he should have assumed this appearance was still unclear to me, but it had surely worked to keep my attention. Because I was mostly totally disoriented, I found it difficult to form thoughts or specific questions to ask, but eventually had enough strength to ask him a simple question: ‘What is your name?’ Before I could even finish my thought, an answer popped into my head. The word sounded  like ‘Sanaandu.’ It was a word I had never heard before, which gave me the feeling that I had not made it up. But I didn’t know what to make of it. When I asked for clarification, he told me point blank: this is a riddle for you to find out. Excellent! I thought. I have a focus, a test. This filled me with happiness, as if I had finally found my guru, and had been officially accepted as a disciple.....  continued...