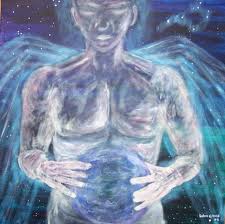 I am Andon. I come from the Andromeda Galaxy. I am an ambassador to evolving worlds, including your own. I am a consciousness that would be considered of an eighth dimensional perspective, which means I am no longer a physical form. However, I have evolved from a form that is not much different from what you are at present, but that evolution occurred in the galaxy of Andromeda. Read about the Andromedan Aliens

This message was transcribed from a live channeling in Roswell New Mexico in 2012.   You can download this audio message from the SoulsAlight Store or Listen FREE as a Galactic Member

I have lived as a human being on your planet long ago in your time period of what you refer to as Atlantis, in that civilization. This was part of an ambassadorship program at that time. I communicate with you now from an actual vessel that we have materialized to be a part of your present system. However, my consciousness is beyond even that. A part of myself also exists in that spacecraft and is aware of its higher self as me, Andon, in the actual Andromeda field of energy and its influence in your process, and in this particular being's process (the channel), you see.

I am telling you this so that you see that there are levels of consciousness of any particular being and that the awareness of that level depends on the individual being in their soul development. We Andromedans have been involved in your planetary growth for quite awhile, as you would know it, longer than the beings who were previously speaking with you (the Arcturians), since actually the beginning of the creation of the planet that you now reside on. We evolved much earlier in our development than what you are experiencing now on the planet. 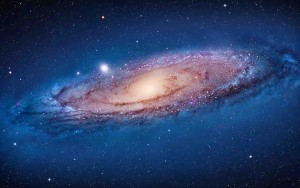 There are three of you in this room who have lived with us in the Andromeda Galaxy, and two of you who actually are Andromedan souls who have come to assist at this time. The beings from Andromeda choose to be incarnated in individuals, as individual physical forms or personalities that go supposedly rather unnoticed. Because of the great power that we have within us, it is important that we do not have too much physical stature or physical power as you perceive it, because we need to be what might be called, incognito. Our energies cannot go directly to those around us while we are incarnated because we will have too much influence and our intention is not to be overpowering, it is to be subtle and to allow those around us to activate by being in our presence.

We have a very different frequency from your physical reality and it has been a process to actually have our soul energies incarnate into this form. So we just wish to tell you this so that it is understood that this is a process that happens consciously from our level of experience. It may seem odd to you for us to talk about our soul energy being consciously put into one of your beings. It sometimes happens when you are born, and sometimes we actually join while an individual is already walking upon the Earth and has grown to a certain point. And there are reasons for that, an individual reason, and there is no particular need to get into that unless it is significant to you, then you may want to know at some point when you are ready to know. If you've had something dramatic happen in your life and there has been a great shift, and your experience and you changed your perception drastically at some point, that might be the case with you. 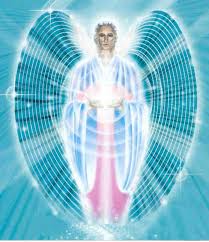 As Andromedans, we have been called upon as protectors of your planet for some time to allow your evolutionary process to evolve naturally.  But at the same time, to control in a sense, the interest that is placed upon the planet; We are in a sense, guardians of what happens to the planet and we work with the energies of your Archangel beings very closely. We have known these beings and actually, some of the Archangels that you know of on your planet have come from Andromeda and volunteered to be a part of your system to oversee what occurs and to be protectors of the energy of the planet.

Many of you are saying, "This sounds so completely out of my sphere of knowing and why should I even care to know?" The reason we are telling you this now is because it is time for you to know. It is time for you to begin to be a part of a greater family of galactic understanding. Some will say this is rather, what you have referred to in the last session, as very Star Trek. In many ways you could say so. But you have to understand that what Star Trek failed to provide to you is the understanding that there are vibrational changes within your energies, and that is what is called your soul.

That (the soul) evolves past your physical being and that is where we are, as what you call extraterrestrials. This is what you do not see in your movies because I suppose it doesn't make a very good movie for the beings to disappear into another dimension and not be physical any longer. Although, it is happening where some of your movie features are showing beings that have transcended the physical form, and this is good. It has been infused into the consciousness of those creating these films because many who are creating them are from elsewhere in their soul level understanding. They are part of this awakening and helping you to see things from a new perspective... continued...