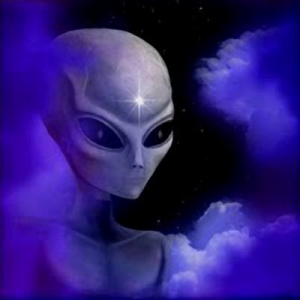 Place of Origin: These beings are a product of this universe. They originally developed in the Zeta Reticuli binary star system, which is about 39 light years from Earth.

Dimensional Perspectives:  Exist in 4D and some are evolving into 5D

Appearance: These look like the gray alien image so commonly known today. There are many forms, but they generally all have large heads, big black eyes, spindly bodies, and grayish skin with many color variations.  They range in size from 3-6’ in height and can have 3-5 long fingers and some are webbed.  They are less physically dense than we are, yet retain use of a body form and can change their physical vessels for different purposes.

Evolution:  Zetas are ahead of us by a few million years or so.  They started in the Zeta Reticuli system, but have become space travelers and many spend their entire existence in space.  The variety of Zeta appearances is because of their extensive travel and settlement in different environment and their adaptation to space and time travel. However, since they became aware long ago that their consciousness is not their physical container, they consciously can move into different bodies.  They tend to stick with a form that suits their jobs or roles at any given time.  They are highly technologically and scientifically advanced.  Various gray species have different histories, and some are known to have over emphasized their focus on technology to the detriment of other qualities.  But, most have now evolved to be able to integrate with their technology in a symbiotic relationship and have learned to balance their spirituality with their technological dependency.  They understand that their tools also have consciousness and they work with that consciousness. These beings have been involved with the evolution of many 3D species, including humans, because of their advances in genetic engineering and their ability to still work within a 3D environment. 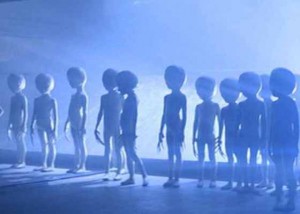 Qualities:  Telepathic, telekinetic, high mental function.  They appear emotionless, but are experts at reading frequency and do not need physical expression to relay feeling. They are scientific problem solvers, see through time and space and are energy transformers.

Abilities:  Zetas can integrate with the consciousness of anything, and they create this way. Their ships and equipment respond to their telepathic communication and are considered live beings.  They are time travelers and can shift from 3D to 4D and can move others through these dimensions as well, by shifting their frequency. They operate from heightened emotional states, and thus are not influenced by denser emotions. They can manipulate energy fields, which allows them to heal and create mental projections and alter sensations.

Specialties: Zetas are called upon for upgrading species from 3D to 4D.  They do this with genetic methods to which there is an energetic component, and through teaching spiritual principles to help species learn to use their psychic acumen.  They are evolutionary helpers and also guardians that watch over species progression.  Zetas also assist with modulating star seed energies to integrate with 3D physical bodies for incarnation.

Basic Needs: Connection and understanding.  Zetas live for their sense of interconnectedness.  If they lose this they feel lost.  They also need the understanding that comes with connecting to one another and all beings and hence form collectives that work together to solve problems. 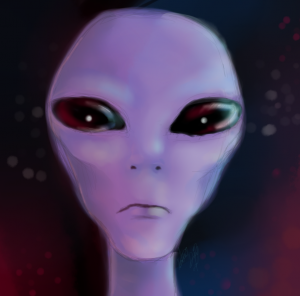 Focus: Advancement and species evolution. Zetas are excited and motivated by evolution and the integration of species and how the soul can evolve by means of experiencing different forms.

Involvement with Earth: The Zetas have been involved with Earth periodically since the first life forms were established here, and with humanity since their earliest evolutionary leaps. They have always been here as guardians and aids in our development and in assisting with DNA upgrades. They have been asked by galactic councils to create an Earth human/Zeta hybrid in order to help humans leap to a new level of consciousness and further the ongoing universal human expression.

The Zetas have obtained a reputation for their much misunderstood abductions and human experiments.  It has been surmised by many that they do these abductions to obtain DNA from human beings in order prolong their own species, but nothing could be farther from the truth.  They already have the skill to clone their bodies, which are well adapted for space travel, and shift their souls into new bodies.  They are far from a dying species.  They do not feel fear the way humans do, and thus they appear cold to this emotion.  It is seen by many beings that fear is a detriment to human evolution and galactic relations.  Hence, this is one of the attributes the Zetas are attempted to diminish in the new hybrids.  It is true that these hybrids will not exist on Earth alone, and that Zeta beings will in some cases transfer their consciousness into these hybrids, as will Earth souls.  They are meant to be an evolutionary leap of potential expression for many in the universe to experience.  If you think this is playing God, please read the pages on Soul Origin and Purpose.

Star seeds: There are millions of Zeta souls incarnate on Earth.   There are also Zeta Hybrids that are humans being born with advanced Zeta DNA.  They look just like any human being, though sometimes they have striking features like larger heads and eyes. The updated advanced hybrids are born in the 80’s with more Zeta DNA.  Later hybrids have even more refined Zeta qualities that can be activated.  Many of the Indigo and Crystal children are activating Zeta DNA.  Not all the hybrids have a Zeta soul and not all Zeta star seeds are hybrids.  Each are playing their roles in spurring the human evolutionary shift.  Often the Zeta souls are acting as activators of other’s abilities in some way or another.  They are often teachers, guides and can be healers as well.  They are usually considered “out there” thinkers as they see beyond physical limits. This can make them seem lazy at times, because they do not get why they can’t just move things with their minds.  Communication can be difficult also, because they don’t always compute physical gestures and the limits of verbal language.  These starseeds are usually advanced in some way.  They think and create using their imagination and by tapping into astral knowledge and surrounding energy fields.  These hybrid’s and Zeta souls are teaching and becoming the future potential of humanity of Earth.    Incidentally, some of these hybrids visit or communicate with Earth from what you consider the future.  These hybrids are an evolutionary success story in the future of this galaxy.

* Amariah put this information together from  her many telepathic contacts with Zeta Reticulans, including the E2 collective and many individual Zeta guides  for starseed souls.

** Please note, that this is a hugely misunderstood species.  Human kinds' fear of them is a reflection of our state of acceptance of alien intelligence. They have the closest relationship with humans in 3D and so take quite a brunt of those fears.  Do note that never has anyone ever been physically harmed by a Zeta.  In fact there are many stories of the improvements and healing they have done.

I hope this will someday change and these beings will be seen as the beautiful guardian souls they are.