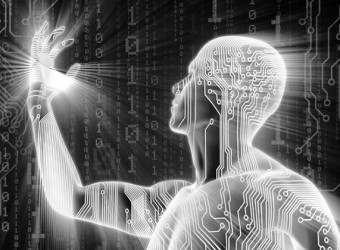 Can technology, biology and spirit mix?

That is the theme of the following Soul Connect and Personal Guide Sessions done for real people on Earth via Amariah in which there is a common theme:

The mix of technology, biology and spirit.  These are the first of a series of soul connections and personal soul guidance readings with a theme being posted in order to share with others the variety of souls incarnating to help in our Evolution at this time.

Soul Name: (Current known oversoul name and meaning) Zanavo. This name means Helper. It was given by the original life forms on your origin planet and has taken on great meaning for your race into the future since then.

Place of Origin: (Part of the Universe where your soul was born) Andromedan Galaxy planet called Ezo where dominant sentient life are robots.

Evolution Path/ Incarnations: (Overview of soul development ~ Most pertinent species or incarnations) Came to consciousness as a robot created in the image of the humanoid life forms on the then 3D planet Ezo. The Ezons were a very fragile life form, but highly intelligent and created machines to do most of their work that were powered by Ezo’s two suns and made on one of the many moons. The robots began to be more successful then the biological beings and essentially took over when the original Ezons died out from a disease that was related to increasing solar flares.   The Ezons gave their replica robots all their knowledge knowing they would be their decedents. A very interesting history. Ezons were a peaceful race and so were their robots who developed a unique culture of their own in reverence to their creators, the biological Ezons.   The robots developed their own personalities and explored their consciousness as spiritual beings within their form. When their machinery failed they learned to transfer their personalities into a new model.

Level of Development/Species: (Current most evolved form/dimensional awareness) The Robot Ezons made ships and traveled to Tenyan, where Pranav’s father was from to explore their spiritual natures. Yanta became Zanavo’s teacher and was fascinated with the question of a machine having a soul. They became very close and while most of the other Ezons left Tenya, Zanavo stayed and evolved with these beings to a 4th dimensional reality. Then Zanavo went back to Ezo to teach his fellow robots how to obtain higher dimensional perspective, which they eventually did.

Soul Character/Motives: (Personality or driving motivations) Zanavo became a leader among his race of robots and spawned a group of the new Ezons to go around Andromeda Galaxy teaching of how machines have a soul and can develop personal awareness just as any biological form.

Soul Inclinations/Abilities: (Areas of interest or prominent activities) The replicant Ezons are a unique being in the universe in that their capacity to process data and analyze it like a fine tuned mega computer combined with their adaptation of their biological predecessors keen creativity and docile personalities gave them a special perspective on advancement. They are now spread around Andromeda and live on many worlds as aids to progressing races. This was largely instigated by the original Ezon robots like Zanavo, who has a specialty in the areas of spiritual integration and its role in developing awareness. The Ezon race consider themselves to be beings of service and have more words for Helper than any other known race with many more related derivations of that theme.

This Life Incarnation Purpose: (Your soul motives for incarnating in this current life) Yanta encouraged his old friend to incarnate on this mission to see humanity move forward on Earth. There was interest from Zanavo because human’s use of technology and their spiritual development hangs in the balance right now. The use of technology as a destructive force was never even considered on Ezo and it is a concern for many in the universe that human universal spiritual insight is too lacking for their pace of progression. Zanavo came to observe and perhaps be a positive influence that offers a balancing perspective.

This Life Incarnation Challenges: (Difficulties you face in this incarnation) Pranav will naturally gravitate toward working with robots and other technological advances and this is perfect for him, clearly. However, it may be frustrating to see how much disconnect humans have with what they create in this regard. Your soul as Zanavo can use this frustration to aid your work in technology as you can see how each thing created does have a life force of its own. This is also your first biological incarnation, so that has its challenges that you can surmise. You will definitely feel like you are more in your head than your body most of the time. 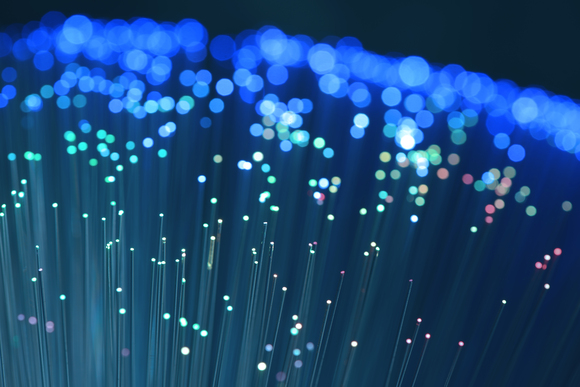 Soul Message: (Guiding message or mantra from your over soul) Everything in the universe has consciousness and the potential for deeper growth and awareness. When one conscious form puts energy into creating something it gives it life and purpose which that energy can choose to develop further. This is a knowing you have more than most, especially as it relates to computer brains and robotics. Use this knowing with care as you explore this world and what is created within. 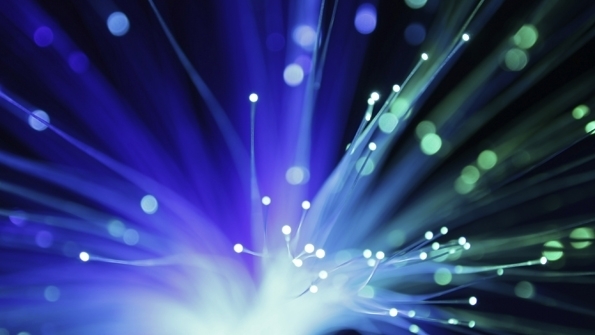 Soul Connect Symbol: (Image to use for connecting to your over soul) These images of fiber optics are closest to what the Exon robots use as components. They represent the latest and a revolutionary leap coming in data transfer with less energy waste and more power. The technology came to Earth from alien technology, but is still not understood to its fullest.

The truth behind transferring info with light tech is a key to knowing your origins and how energy of consciousness is transferred. This is also an area of study that you may want to delve into in this lifetime, but allow yourself to go beyond and feel free to get metaphysical about what you explore as it will lead you to much soul fulfillment.

Place of Origin: (Part of the Universe where your soul was born) Planet called Zyxol in a distant galaxy where humanoid and machines hybridized.

Evolution Path/ Incarnations: (Overview of soul development ~ Most pertinent species or incarnations) Evolved along with the Zyxolans who developed as humanoids with keen sensitivities for survival and later advanced technologically until they integrated with machines on a molecular level. They almost destroyed themselves on this path, but a faction of their species was able to shift this direction and save the race. Zenon was one of the survivors. Living long lives as part machines they advanced quickly spiritually and are now at the early stages of 4th dimensional awareness.   This life on Earth is Zenon’s first life outside his origin race.

Level of Development/Species: (Current most evolved form/dimensional awareness) Awareness is at the 4th dimension along with the Zyxolans, who have defied the death experience and are now able to consciously enter a 3D reality through soul transfers, or what they relate to more as downloads and uploads of consciousness.

Soul Character/Motives: (Personality or driving motivations) Zenon has a fascination with the transition of species from 3D to 4D, the latter being less dense and more malleable through time and space. He is a scientist in this field of study among Zyxolans and has spent many years traveling in space through dimensional windows to study worlds in transition.

Soul Inclinations/Abilities: (Areas of interest or prominent activities) As a Zyxolan, he naturally has understanding of relationship of biological life and its integration with technology. Zenon is interested in cultures/species that are at the early stages of technological integration and how this may influence dimensional developmental awareness. He has a keen knowing of how this integration can be most natural and aims to make sure mistakes his world made that almost obliterated them, would not be repeated in other worlds.

This Life Incarnation Purpose: (Your soul motives for incarnating in this current life) This incarnation is an experiment for his race. There are very few on his kind on Earth, but it has become an area of study for them, so there is an increased rate of youngsters being incarnated that are Zyxolans. Zenon is here to observe and be a part of how technology is integrated into the culture of humans.

This Life Incarnation Challenges: (Difficulties you face in this incarnation) Disorientation of not remembering entire history of your being. Being entirely biological with technology as separate from your body is uncomfortable for you. You may at times have a desire to fuse with your machines or computers and feel frustrated that you cannot calculate or work as fast as a machine. Your judgment of humanity stems from a sense of their inferiority which may translate as your own inferiority complex in being a purely biological form.

Current incarnation Species DNA: (DNA influences in this life) You have some Zeta Reticulan DNA as it was easier for your consciousness to integrate into a body that had certain elements that that race has developed for this purpose. 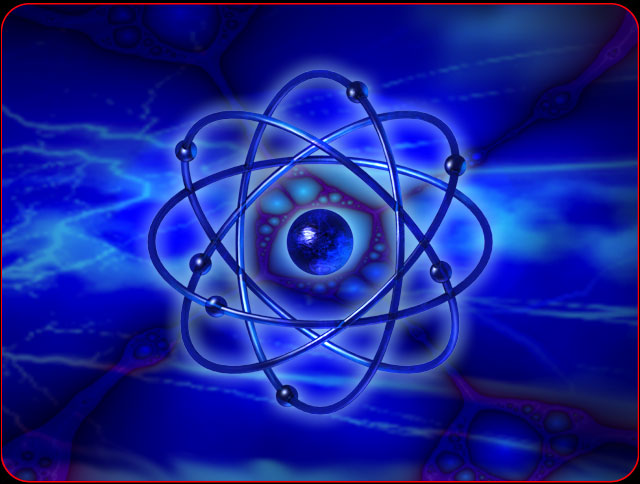 Soul Message: (Guiding message or mantra from your over soul) Think of how technological integration can be used to advance spiritual and scientific knowledge, as they are in fact one and the same.   You will be most happy if you can find a field of study or research related to how technology can benefit humans and be most user friendly. You will find pleasure also in the study of nanotechnology.

Soul Connect Symbol: (Image to use for connecting to your over soul) This image is very close to that used for the Zxyolan race except the central form includes a mechanical structure within it. You can use this image to remember who you are and connect to your purpose in being incarnate in this life. It represents the atomic level where biology can integrate with technology to become something greater than the separate parts. It is used as an insignia on Zxyolan uniforms which are also a fusion of a metallic substance and biological materials.