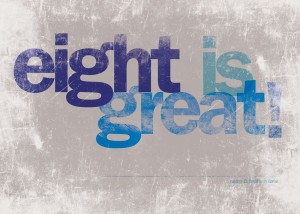 We will speak of the significance and energy behind 2015 as a numerological Eight year which is determined by adding the numbers in the year together.  There is deep meaning in the way this energy of 8 will play out in the events of the year and you can consciously use the eight trends to your advantage.

As an 8 year, 2015 is a gateway to 2016 that follows as a number 9 year of completion, followed by 2017, a number 1 year for new beginnings.  What happens in this 8 year will influence what is completed next year and hence what is started anew in 2017. Thus, it is of particular importance to your lives ahead.

In order to keep you focused and yet open to creative thought as to how the 2015 frequencies of number eight can unfold, we will give you eight considerations to ponder related to this potent number and its meaning.

The corresponding number associated with each of the eight energies is significant.  If you observe the relationships therein, and how the ideas relate to the way the number 8 is written, it may help you reference the 8 insights.

In retrospect, many of you will note that 2014 as a number 7 year was in great contrast to this new year.  All the imbalances and uncertainty of last year will come into focus and you will have the opportunity to see the meaning of the alternating ebbs and flows that you experienced in the seven year.  This 8 year will hold keys and insights into much that appeared off balance and unsure in 2014. 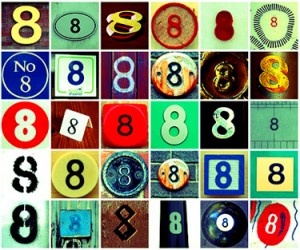 How the energy of eight in 2015 relates to your world patterns and your own life will be different for each, and each will determine the scope of the larger dynamic.  The eight gates that individuals open, peer through and choose to manifest, will affect the gateways that humanity creates for itself as a species.

How you each play with these concepts and which of the eight gates you choose to explore this year will influence what type of experiences will materialize and what will be capitalized upon as you complete cycles into next year.

Consider the number 8 and its powers to activate certain circuits as you flow through 2015.  See how you can use the 8 energies that we spoke of in your reflections, decisions and actions in the best manner possible for your present and future self and species.

Go on now and make your eight gates great!