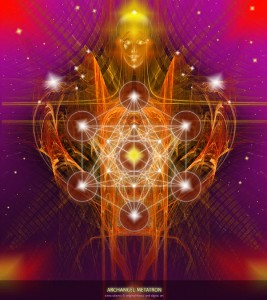 We have asked the channel to find the Fibonnaci sequence to help you begin to ponder the multidimensional universe.  This universe has twelve distinct dimensions of awareness.  They correlate with the numerology and geometry of this sequence and the Golden Mean as you see it reflected throughout this universe.

This universe is constantly expanding and is in the process of creating a 13th dimension.  As in the chart below, the n= dimensions and the corresponding row below of  the Fibonnaci sequence are the number of levels or awareness veils that exist within that dimensional octave.  So the first two dimensions are simple in that they only have one level of awareness.  This expands as you move up in dimensions.

In 3rd dimension, you have 2 layers and these are seen in your dualistic polarized perspective.  Everything is seen as split into two sides and they appear to be opposites.  In 4D there is a third perspective that transcends the polarity and it becomes clear that the opposites are actually the same energy and that they can be changed from one side to the other with conscious awareness.  The perspective of time is no longer linear and can be manipulated experientially.

As you move up, you can see further expansion as in the diagram of the Golden Mean spiral.

As you move into the 5th dimension there becomes a balance as 5 more veils are lifted and physical expression is no longer necessary.  Whereas the 4th dimension still perceives physical reality, even though it is lighter and not as fixed as 3D, 5D is completely removed from the need for a physical vessel of expression. It is the level of learning and teaching and the emotional, mental and spiritual bodies are balanced beyond duality.  These three modes of spirit are overseers of the number 2 or polarized view.  This is a consciousness of service to others and helping lower levels of awareness develop.  This is where the ascended masters exist and continue to share with the 3rd and 4th dimensional realities.

6D transcends through to infinite consciousness represented in the number 8 in the Fibonacci sequence and deals in the realm of visionary creation.  As one goes into the 7th dimension they have crossed another level as they move through the 9th veil octave of completion and progress through 13 layers of knowing.  7D is the level of expanding the matrices as platforms of manifestation and evolution, and is where the Elohim reside.

Once a soul passes through the 5th octave their exists a choice as to where they will be of continued service to creative evolution.  In other words, the progression may not be consecutive, but often is.  For example, a being can go from 5th dimensional awareness into the 7th dimension.  You see this has been done with your ascended masters, as they were able to comprehend and exist within a 4th dimensional reality while still residing in the 3rd.  Therefore, they did not go through a prolonged 4th dimensional existence, but instead went into service in the 5th. ....