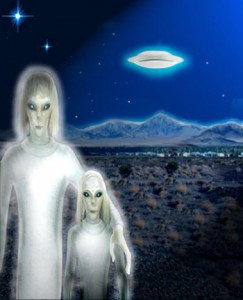 Place of Origin: A planet of the star Arcturus 36.7 light years from us.

Appearance: Arcturians are humanoid, but have different features than us. I see the 6D Arcturians  as tall white glowing figures with angled and intense eyes. These Arcturians may be what have been termed Tall Whites.  Others who have contact with lower dimensional 4D forms describe them as short with wider faces and denser stature. These could be a different race of Arcturians or simply be their 4th dimension appearance.

Evolution:  Not yet aware of Arcturian evolution, other than they evolved to become a highly spiritual species and are considered to be among the most technically advanced in the galaxy. They may actually have come from Andromeda originally.

Abilities:  Experts in use of geometry, color and sound vibrations for altering time, space, atmosphere, and states of being.  Energetic alchemist, architects, builders and healers. They see beneath the surface of things and use precise methods to create and alter environments including the health of a vessel.

Specialties: Using sacred geometry to move through space and time and shift realities. Their methods of interdimensional travel and communications are used throughout the universe. They are also called upon to create geometrical sound and color forms to alter or transmit to developing worlds.  Arcturians are often the master minds behind the crop circle signatures. They create amazing ships of light that can traverse many dimensions and are sought after.

Basic Needs: Appreciation and being needed. Arcturians know they are good at what they do, and like to be admired for it. They enjoy using their abilities for constructive purposes. 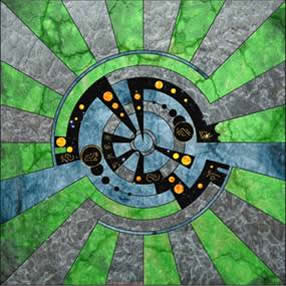 Focus: Designing and implementing their brilliant ideas to be of service in the universe.
Involvement with Earth: The Arcturians are our neighbors and at one point a group inhabited Earth, long before humans became sentient and before Lemuria and Atlantis.  It was decided by galactic councils that there would be other experiments to help local species develop on Earth, so they left.  But they still retain an interest in Earth’s progress and today they make contact attempting to open humanity to new thought, especially via their use of sacred geometry.  They design crop circle forms to input new evolutionary frequencies into Earth and her inhabitants.

Star seeds: There are many million Arcturian souls born on Earth and a good portion are among the younger generation.  It is felt that these starseeds can play an important role as ambassadors to the neighboring 4D Arcturians and also elevate humanities capabilities in their areas of expertise.  These starseeds will be the planners and builders of a new society through their innovations.  They not only see beyond the present structures and systems, they can also add an understanding of the frequencies inherent in form.  They can be cutting edge mathematicians, physicists, geometry artists, architects, community planners, system designers, technology wizards, musicians that have a talent for precise use of tones for affect, and energy healers that use geometry and sound to heal specific organs and mental states.  These souls like nothing more than to experiment and see their ideas in action.

* Amariah assembled this information from her telepathic contacts with Arcturians, including guides for individual starseeds.